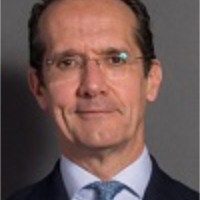 Hermenegildo is a partner and heads the Energy and Utilities practice in Bird & Bird Spain.

He specialises in Energy Law, regularly advising on projects and transactions in Spain and Latin America, and has broad experience in investment protection and arbitration in Latin America.

Hermenegildo is considered by the main international law directories (Chambers & Partners) to be the top expert in foreign investment in Cuba, where he regularly advises some of the main market players in the energy (power, oil and gas), natural resources, aviation, agribusiness, tourism, food and infrastructure industries.

He formed part of the legal team which first designed the rules governing the electricity market in 1997. He has also advised private investors in conflicts relating to the energy industry in the Dominican Republic, Nicaragua and Cuba. He is currently participating in several investment arbitration proceedings pursuant to the Energy Charter Treaty.