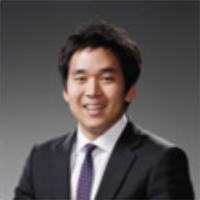 Attorney Chang, Ho Kyung is a partner in the Corporate and M&A practice group of Bae, Kim & Lee LLC. He advises domestic and international clients in connection with a broad range of general corporate and transactional matters, including mergers and acquisitions, foreign investments, private equity investments, capital markets and corporate governance since he joined Bae, Kim & Lee LLC in 2009.

Mr. Chang has experience working as a secondee in the Foreign Affairs and Transactions Team of LG Display Co., Ltd. in 2011 and as a foreign attorney in the Washington, DC office of Arnold & Porter LLP in 2014 and 2015. He was appointed by the Ministry of Justice of Korea as a member of the Legal Advisory Committee for International Investment Disputes in 2011.

Mr. Chang received a Bachelor of Law from Seoul National University in 2005, completed the Judicial Research and Training Institute in 2009 and graduated from Georgetown University Law Center (LL.M.) in 2014. He was admitted to the bar in Korea in 2009 and the bar in New York in 2015.