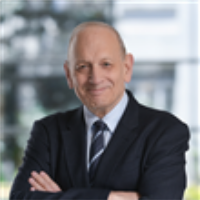 Ranked in the first tier of Chambers Global’s transportation category, Hugh has been described by Chambers as ‘one of the best’ and ‘totally dedicated to aviation and very respected’. His work in the field has been by recognised as being ‘very impressive, intelligent, and professional’ (The Legal 500).

Mr Kowarsky is a graduate of the University of the Witwatersrand, South Africa and of Magdalen College, Oxford. He has served as the honorary legal adviser to the British ambassadors in Israel for more than 40 years and was awarded the OBE in recognition of legal services rendered to the United Kingdom.