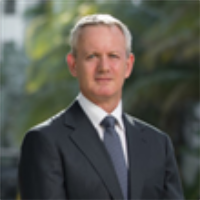 Iain McMurdo is a partner in the investment funds group and global head of the private equity group of Maples and Calder, specialising in the formation of private equity funds and advising on their resulting downstream transactions. He also works extensively with hedge fund managers and their onshore counsel advising on the structuring and ongoing maintenance of hedge funds. Iain represents large financial institutions and investment managers, including well-known sponsors of private equity and hedge funds, as well as boutique and start-up investment managers. Iain joined Maples and Calder in 2008. He was previously a partner at another international law firm in the Cayman Islands and, prior to that, worked for Freshfields in London specialising in takeovers and mergers.

Who’s Who Legal has ranked Iain as one of the most highly regarded individual offshore lawyers in private funds and he was recognised as Who’s Who Legal’s 2015 lawyer of the year (private funds). Iain has been featured in LatinLawyer 250, and recognised as a leading lawyer in The Legal 500, IFLR1000 and the Legal Media Group Guides to the World’s Leading Lawyers. He has also been ranked in Band 1 as a notable practitioner by Chambers Global.