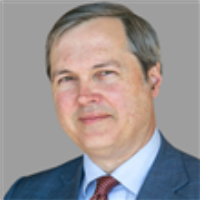 Ian Paterson is a senior partner at King & Wood Mallesons, and one of Australia’s leading banking and capital markets lawyers. On 1 March 2012, Mallesons Stephen Jaques combined with Chinese law firm King & Wood to become Asia’s largest law firm, King & Wood Mallesons, and on 1 November 2013, King & Wood Mallesons joined forces with leading international firm SJ Berwin to become the only global law firm headquartered in the Asia-Pacific. Mr Paterson became a partner of legacy firm Mallesons Stephen Jaques in 1998, and has practised in both Melbourne and London. He specialises in banking and finance, with an emphasis on structured financing, structured capital markets, derivatives, financial sector regulatory issues and payment systems. He has acted on debt and hybrid capital markets issues in both domestic and international markets for banks, insurers, and Australian and foreign corporations and authorities. Mr Paterson has been recognised as a leading capital markets lawyer by many legal directories, including by Chambers Global 2011–2015 and IFLR1000 2010–2015. He has also been named Best Lawyers’ 2013 and 2015 Melbourne structured finance ‘Lawyer of the Year’, and 2014 and 2016 Melbourne debt capital markets ‘Lawyer of the Year’.