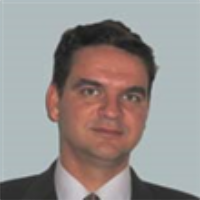 Igor Nikolaev started his legal practice as an in-house lawyer with the Students Trade Union Association in 1991. Following this he worked in the St Petersburg Property Fund. In 1995 he left the position as head of the legal department and joined the St Petersburg City Bar Association. During that year he participated in a legal programme organised by the Law Society of England and Wales and practised in different solicitors’ firms in England.

In 1997, he worked for Herbert Smith in London in a project group. From January 1998 until May 2001, he worked as an in-house lawyer at Rothmans in St Petersburg. He dealt with a large range of legal work, including customs issues, arbitration and litigation in local Russian courts and voluntary tribunals.

From May 2000 until April 2002, he was the only Russian lawyer who ran Clyde and Co’s office in Russia (St Petersburg). He was involved in a number of different types of maritime, insurance, debt recovery, P&I and general practice cases related to Russian law and international issues. Since April 2002, he has run his own law office in St Petersburg.