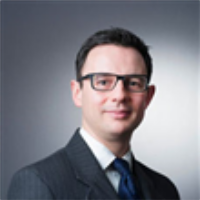 Jack read PPE at Balliol College, Oxford University before working for a leading retail management recruitment consultancy, gaining commercial experience in a fast-paced and target-driven environment. He was called to the Bar in 2006, having taken a law conversion course where he was top in the year.

Jack has appeared in the Crown Court, tax tribunal, High Court and the Court of Appeal, as well at courts martial in the United Kingdom and Germany. Jack was on the Crown Prosecution Service (CPS) list of advocates, and also prosecuted for local authorities in respect of benefit and other frauds, trading standards and environmental offences. Jack has developed specialisms in prosecuting sex offences in the youth court, and in orders for costs thrown away and wasted costs (Sections 19 and 19A of the Prosecution of Offences Act 1985), regularly advising the CPS on these matters.

Jack has a particular interest in legal research, especially relating to more obscure offences, and in drafting. He has acted for a variety of clients, from trade unions to company directors and well-known individuals. Some cases of note include the following: he was instructed to advise an MP on his alleged involvement in the Parliamentary expenses scandal and to make written submissions to Sir Thomas Legg as to the amount he was to repay. The submissions were successful and the MP was not prosecuted; R v. K – successful application for interim relief in judicial review proceedings where the substantive case concerned a youth charged with rape (Lloyd Jones, J); HMRC v. Harwich GSM Ltd [2012] UKFTT 279 – instructed by HMRC (led) in respect of an £11 million MTIC fraud before the Tax Tribunal – HMRC successfully resisted the appeal; D v. CPS – instructed by the CPS against a silk and junior to respond to an application to enforce £13,000 costs – the judge accepted the costs order was ultra vires and unenforceable; R v. M – instructed by the CPS to respond to an application for permission to appeal against conviction on the grounds of jury bias – application refused; R v. A – two-day disclosure hearing in a serious case of child exploitation where there were PII issues, Social Services records and an OIC who was removed because of misconduct; R v. F – represented the ‘director’ of a sophisticated, large-scale conspiracy to steal millions of pounds of copper cable belonging to BT from sites all over the south of England. He was first on an indictment of 10 defendants. The six-week trial featured PII and vast amounts of material, including, most notably, mobile telephone and cell-site analysis and surveillance. He entirely escaped a confiscation order; R v. H [2011] EWCA Crim 1627 – Jack’s arguments were described as ‘very clear and helpful’ by Hickinbottom J; R v. E [2010] EWCA Crim 2265 – Court of Appeal case re: minimum term for possession of a loaded firearm where there was no intent to endanger life – Leveson LJ commented that Jack had ‘put the matter extremely well’ on Mr E’s behalf; and R v. W [2009] EWCA Crim 2300 – successful appeal against sentence for supplying drugs, where Jack’s submissions were described as ‘persuasive’.

Jack sits for the Nursing and Midwifery Council as a chair of its Fitness to Practice Panel, hearing cases concerning alleged lack of competence and misconduct.

Jack is a member of the Criminal Bar Association.