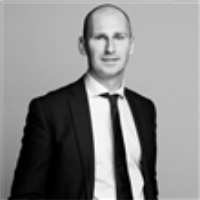 Jacob Skude Rasmussen is a partner at the Copenhagen office of Gorrissen Federspiel. He specialises in dispute resolution and appears regularly before Danish courts, as well as in national and international arbitrations. He completed a Master of Laws (LLM) at the University of Lund in 2004, and the following year he graduated with a master’s degree in law from the University of Copenhagen. He was admitted to the Danish Bar in 2009 and obtained the right of audience before the Supreme Court of Denmark in 2017.

Jacob has acted as counsel in large-scale domestic litigation and in international arbitrations. His recent work as counsel includes disputes in relation to oil and gas, shipping and professional liability. He also sits as an arbitrator.