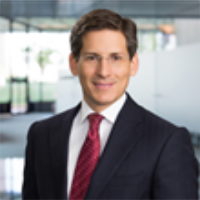 James’s practice focuses on cross-border mergers and acquisitions, joint ventures and minority investments. Formerly based in Abu Dhabi and currently based in Dubai and London, he has extensive experience in advising government-owned entities in the Middle East on transactions with foreign partners and foreign partners investing in the countries of the Arabian Gulf, particularly in the oil and gas, healthcare and real estate industries. Additionally, James has advised on projects across Asia, Africa and Europe. James earned his LLB in 1994 from The London School of Economics and Political Science. He received his BA from the Université Laval in 1991, and spent one year at the Université de Paris.