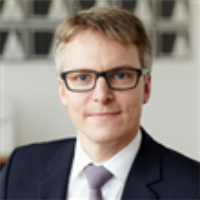 Dr Bonhage studied in Freiburg im Breisgau and Berlin (Germany), Bologna (Italy) and New York (United States). He received his PhD from the Humboldt University of Berlin and his LLM from NYU. He was admitted to the German Bar in 2004 and to the New York Bar in 2005. He joined Hengeler Mueller in 2004 and has been a partner since 2011. He has published articles on public procurement, state aid, foreign investment and PPPs, as well as rail infrastructure and transport, environmental, constitutional and real estate law. He is recognised in several publications, including Chambers Europe.