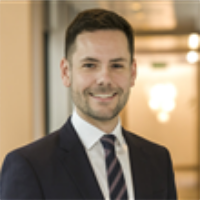 Jason Beer is an associate in Jones Day’s antitrust and competition law practice located in London, having formerly been based in the firm’s Sydney office. Jason has extensive experience advising on EU, UK, Australian, New Zealand and international competition laws, including complex multi-jurisdictional merger controls, cartel and conduct issues, dominance issues and market investigations across a range of industries.

Jason is admitted in the Australian Capital Territory (Australia) and New Zealand and is a Registered Foreign Lawyer in England and Wales. Jason has also previously worked with the Australian Competition and Consumer Commission as a senior investigations officer based in Canberra and Sydney.