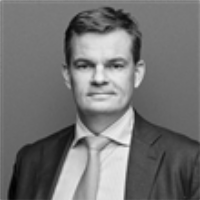 Jens V Mathiasen, born 1971, is a partner of Gorrissen Federspiel. He graduated with a master’s degree in law from the University of Copenhagen in 1996. In 1997 he became a master of laws (LLM) at the University of Southampton and worked as an attorney at Gorrissen Federspiel until 2001. In 2001 he was admitted to the Norwegian Bar, and from 2001 to 2003 he worked at Wiersholm, Mellbye & Bech, Norway. In 2003 he returned to Denmark and was admitted to the Danish High Court in 2005.

Jens works on all aspects of shipping and ship finance. He is an author of the Danish-annotated Merchant Shipping Act, 2012 and 2018, and contributor to a number of other publications. He is a member of the Comité Maritime International (CMI), Danish branch, and the Danish Association of Banking and Finance Law.