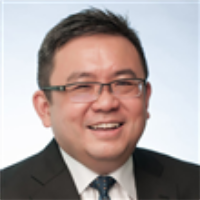 Jerry has been practising as a corporate and capital markets lawyer since 1993. Jerry’s main areas of practice cover capital markets, mergers and acquisitions, and investment funds; and he has advised on numerous international and domestic transactions. Jerry joined the Firm as a Partner in 2001 from an international firm in Hong Kong. Jerry also heads the Firm’s REITs Practice and Investment Funds Practice. He was formerly Co-Head of the Financial Services Department, Deputy Managing Partner and Joint Managing Partner of the Firm prior to assuming the current role of Managing Partner.

Jerry is cited as a leading practitioner in Chambers Global, Chambers Asia-Pacific, IFLR1000, The Legal 500 Asia Pacific and Who’s Who Legal. He has also been recognised as a thought leader by Who’s Who Legal.

Jerry was the former Co-Chair of the Securities Law Committee of the International Bar Association (IBA) and is now a member of its Advisory Board. He is the current Asia Pacific Regional Forum Liaison Officer of the IBA Law Firm Management Committee. Jerry is also the Secretary of the REIT Association of Singapore, a fellow of the Singapore Institute of Arbitrators and an editorial board member of Business Law International. Jerry believes in giving back to the community, and he currently serves as a director of the National Kidney Foundation and the Singapore Land Authority. He also serves as a member of the Nee Soon Town Council and Chairman of its Legal and Contracts Committee.