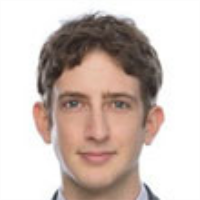 Jesse-Ross Cohen is an associate in the litigation group at Goodmans. He has a broad-based practice with particular focus in the areas of corporate/commercial, technology and environmental/energy litigation.

Jesse represents large multinational organisations, medium-size businesses and individuals. He advises these clients on a variety of litigation matters, including cases involving complex contract disputes, issues of statutory/regulatory interpretation, shareholder disputes and corporate governance issues. Jesse has appeared before the Ontario Court of Appeal, Federal Court of Appeal, Superior Court of Justice and Provincial Offences Court, including as lead counsel, as well as the Ontario Energy Board. He is also well-versed in arbitration and other forms of alternative dispute resolution, which allow his clients to get results as efficiently as possible.

Jesse graduated from Osgoode Hall Law School on the Dean’s Honour List and was named as an outstanding oralist at the Willms & Shier Environmental Law Moot. During his legal studies, Jesse worked as a research assistant for a law professor specialising in energy law matters relating specifically to oil and natural gas.