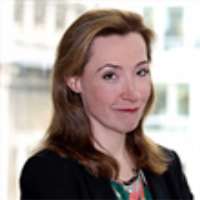 Joanne is one of the leading practitioners in the field of satellites,
having worked at both the European Space Agency and Ofcom and
for over 20 years in private practice, giving her an unparalleled
understanding of the challenges facing the sector. She is qualified
to practice as a solicitor within England, Wales and Scotland and is
ranked as a Top Tier lawyer in legal directories for her satellite and
communications work for over 20 years.

She specialises in communications, satellite and space regulatory
and policy matters together with all forms of commercial contracts
and PPPs. She has significant regulatory and commercial expertise,
and a strong reputation in the satellite industry which culminated
in her being awarded the title of Member of the Order of the British
Empire (MBE) for services to the space industry in 2017.

She won the Financial Times European Legal Innovator of the Year
Award in 2014 for her work with the UK industry and Government
in drafting and changing satellite related legislation. She was also
nominated as lawyer of the year in the UK in 2017.

She has previously represented the UK at the UNCOPUOUS Legal
Subcommittee. She sits on the Executive Council of the UK
industry body UKspace and the Space Sector Council.

She is Chair and co-founder of the Satellite Finance Network
(www.satellitefinancenetwork.org)

The importance of The Space Law Review will grow each year as the value of the space domain and applications from space activities increases and, as such applications of satellite technology are brought into use and the commercial revenues from the industry are recognised. The first edition of The Space Law Review has received excellent feedback from private practitioners, academics and students around the world. This year the Review has expanded to include contributions from Brazil and India, and a chapter on taxation.