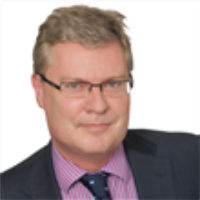 Jonathan Bruce specialises in marine and energy insurance and reinsurance, as well as shipping. He acts mainly for insurers, reinsurers, energy companies, shipowners, P&I and charterers. He has significant experience in Latin American matters (he speaks Spanish and Portuguese, having lived in Brazil), and has worked extensively with eastern Europe, including Russia.

On the marine side, Mr Bruce acts in coverage and recovery and defence claims arising from losses worldwide, including hull and machinery damage, groundings and collision, salvage and towage, GA and defective bunkers. He also acts in charterparty and bill-of-lading disputes. As to energy insurance, he acts in coverage and subrogation claims involving property and business interruption, pipeline damage and pollution, general liability, builders’ risks and CAR, DSU and control of well in both onshore and offshore energy, extending also to the power, mining and industrial sectors, often in claims involving Latin America.