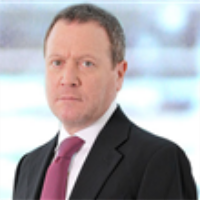 Jorge Bofill is an experienced dispute resolution attorney in the areas of white-collar crime, corporate investigations, civil litigation, international arbitration and mediation. Mr Bofill is often requested as an expert by the Chilean Senate’s Committee on Constitution and Legislation. Examples of his involvement in these matters are the complete revamping of the Chilean criminal procedure system and the statute on criminal liability of legal entities, among many others. In April 2015, Mr Bofill was selected as a member of the panel of experts appointed by the Secretary General of the United Nations to conduct an assessment of the system of administration of justice of the United Nations.

Mr Bofill has been ranked in the top tiers in the fields of dispute resolution and white collar by Chambers Latin America since 2009, in 2015 received the distinction of ‘Star Individual’ in white-collar litigation.

Mr Bofill is a professor of law at University of Chile School of Law and a board member of the Chilean Bar Association.