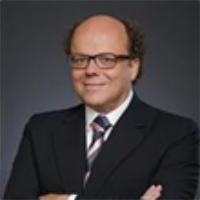 José Carlos Meirelles became a partner at Pinheiro Neto Advogados in 1996. He focuses his practice on the corporate finance area, especially in securitisations of receivables transactions, capital markets, project finance, privatisations, M&A, structured finance, investment funds, private–public partnerships, and banking and corporate law. He has an LLB from the University of São Paulo (USP) (1986) and an LLM from the University of Illinois College of Law (1989), where he received the Distinguished Alumni Award in 2008. He is also a guest faculty member of Duke University School of Law and was a foreign associate at McDermott, Will & Emery in Chicago (1989). He is fluent in Portuguese, English and Spanish. Since 2012, at the invitation of the African Development Bank, he has participated in several projects in countries throughout the African continent, lecturing about private–public partnerships and providing legal support to the governments of these countries on infrastructure contracts.