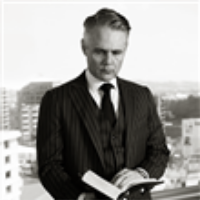 He has considerable experience in energy, financial and acquisition matters, and has participated in some of the biggest acquisitions in the history of Guatemala, such as, among many other projects, the process of disincorporation of generation assets from Empresa Eléctrica de Guatemala, SA from 1996 to 1998; the social capitalisation and sale of shares (80 per cent) from the same company in 2009; the acquisition of all the assets of Shell in Central America in 2009; and a percentage of the entity Royal Forest Holding (RFH) and its subsidiaries in Guatemala, El Salvador, Honduras, Nicaragua and Costa Rica in 2010.

In 2000, he was part of the group that presented an analysis of the bill of the Banking and Financial Groups Law as an adviser to the Guatemalan Bank Association.

In 2006, he founded the law firm Aguilar Castillo Love, as a result of the merger between two acknowledged firms in Costa Rica and Guatemala.