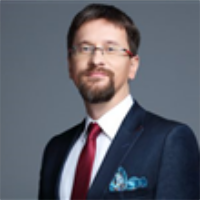 Karol Tatara is an attorney-at-law and qualified insolvency practitioner. He graduated from Jagiellonian University (JU), where he completed School of American Law, organised by the Catholic University of America and the JU.

He has significant professional experience, as a lawyer in law offices (including investment fund) and as an in-house lawyer. For his engagement in the bankruptcy proceedings of Miraculum (publicly traded joint-stock company), he received the ‘best in-house lawyer’ award in 2011, organised by Rzeczpospolita, a daily newspaper.

He is a lecturer of bankruptcy law for attorney-at-law’s trainee programme organised by Krakow District Chamber of Attorney’s-at-law, as well as Pro-Dean of the Polish Chamber of Insolvency Practitioners and vice-president of the INSO Section of the Allerhand Institute.