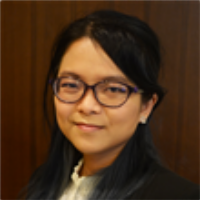 Karyn Khor is a projects and energy lawyer at Skrine whose practice encompasses energy M&A, project development, competition and oil and gas. Karyn Khor began to read law at King’s College London in 2008. In her third year at King’s, she was selected as one of five students to participate in a one-year intensive programme in international, comparative and transnational law at the Center for Transnational Legal Studies, encompassing students and faculty from 23 world-class law schools in a study on the transnationality of law in theory and in practice. She went on to graduate in 2012 with an LLB in law and transnational legal studies. Upon graduation, she carried on to do her master’s in King’s College London, obtaining an LLM in competition law in 2013. Karyn was called to the Bar of England and Wales in 2014, following which she joined Skrine as an associate.