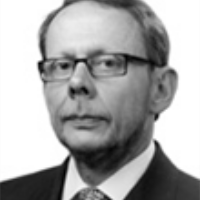 Kenneth Gray is a consultant in our London banking department and has over 30 years’experience of advising on banking and security law in London and Paris. He joined NortonRose Fulbright in 1986, founded the Paris office in 1990 and became a partner in 1993. Hehas been a consultant to the practice since 2006.

During his career, Mr Gray has focused primarily on aircraft and other asset finance.Many of the transactions on which he has worked have been selected as ‘deal of the year’by trade periodicals. Since becoming a consultant at the practice, Mr Gray’s activities havefocused on advising clients on strategic issues such as the implementation of the Basel Accordsand the Capital Requirements Regulation, the ratification of the Cape Town Convention bythe United Kingdom and the consequences of Brexit.

In parallel to his consultancy, Mr Gray has developed a successful career training banksand other companies on diverse issues such as aviation finance, asset finance, structuredfinance and loan and lease documentation.