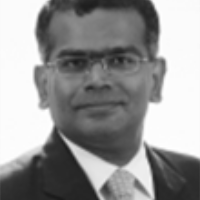 Lauded for his ‘fantastic understanding of complex matters’ and his ‘thoughtful, innovative approach’ by Chambers Global, Viswanathan has been included among the top project finance, and banking and finance lawyers in India by several leading international legal publications. IFLR1000 2014 named him as a leading lawyer for energy and infrastructure.

Chambers Asia-Pacific 2018 states that ‘whenever there was an issue that neither side could resolve, everyone would turn to Viswanathan to see what he felt. His views were seen as that of a senior authority, and both sides were happy to trust his judgement’ and that he is ‘one of the top lawyers in terms of reputation and seniority’. Who’s Who Legal notes that he is ‘recommended without hesitation’ by clients.