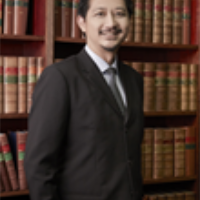 Graduating from the University of Leeds, UK with an LL.B (Hons) (Second Upper) in 1994, Leonard was admitted as an Utter Barrister to the Bar of England & Wales in 1995 and is a member of the Honourable Society of Lincoln’s Inn, London. He was admitted as an Advocate & Solicitor of the High Court of Malaya in 1996 and the Supreme Court of Singapore in 2001. He is a Patent Agent in Malaysia.

Leonard has substantial trial, appellate and arbitration experience and has litigated as counsel at all levels of the Malaysian and Singaporean court hierarchy as well as domestic and international arbitrations, representing mainly blue-chip corporate clients and foreign multinational companies. From 2001 to 2002, he practiced with one of Asia-Pacific’s premier law firms, based in Singapore and has acted as counsel in numerous cases before the High Court of Singapore and conducted domestic and international arbitrations held in Singapore.

Leonard is consistently rated and ranked as Malaysia’s pre-eminent dispute resolution and employment lawyer by Chambers Asia, the Asia-Pacific Legal 500, Asialaw Leading Lawyers, The Guide to the World’s Leading Labour and Employment Lawyers, The International Who’s Who of Management Employment Lawyers and Asian Legal Business (ALB). Leonard has also been nominated as one of the Disputes Stars at the Asia-Pacific Dispute Resolution Awards in Hong Kong for consecutive years.