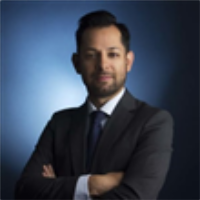 Luis Vázquez is a partner in the Mexico City office. His practice focuses on tax. Mr Vázquez’s practice focuses on tax controversy and tax litigation. He regularly advises and represents large multinationals and banks before the Mexican tax authority on tax inspections and refund applications relating to financial transactions and tax treaty benefits. Most notably, Mr Vázquez has assisted several Mexican financial institutions on tax inspections relating to the tax treatment of financial derivatives, including the restructuring of their derivative portfolio. Mr Vázquez is a member of the International Fiscal Association (IFA) and of the Mexican Bar Association, where he currently chairs the tax committee. He has been a professor of taxation at his alma mater, Universidad Iberoamericana, in both undergraduate and graduate programmes. He has written articles on international taxation in several specialised publications and co-authored the chapter of a book on tax transparency on tax treaties edited by the Mexico Chapter of the IFA. Mr Vázquez became partner of Creel, García-Cuéllar, Aiza y Enríquez, SC in 2017. He has over 15 years of experience in the field of taxation, including working at the Madrid office of Cuatrecasas, Goncalvez Pereira for a period of six months. Mr Vázquez was born in Mexico City, Mexico. He received his law degree (JD) from Universidad Iberoamericana and obtained his LLM degree in taxation from Georgetown University Law Center. He is fluent in Spanish and English.