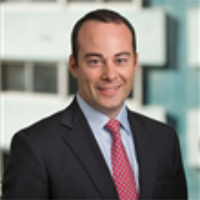 Luke Nikas is a partner in the firm’s New York office. Luke is a leading litigator with extensive experience representing clients in complex disputes. His clients entrust him with their most significant legal challenges, in both trials and appeals. He was selected as a 2019 Law360 MVP, and he has also been named to Lawdragon’s list of the 500 Leading Lawyers in America, Lawdragon’s list of the 500 Leading Plaintiff Financial Lawyers in the category of Business Litigation, Benchmark Litigation’s “Under 40 Hot List,” the New York Law Journal’s list of Rising Stars, the Best Lawyers in America, and the Super Lawyers list by New York Super Lawyers. A prominent art publication called him one of the most “highly influential” art lawyers in the world after he led the defense in an art forgery case dubbed by ArtNews as “The Art Trial of the Century.” He was recently honored as “Litigator of the Week” by The American Lawyer for major victories in two cases involving the artists Andy Warhol and Robert Indiana.

Luke represents individuals and companies in almost every type of litigation across the globe, including in an array of industries such as banking, law firm business, insurance, pharmaceutical, health care, professional sports, media and entertainment, and real estate. Among several other matters, he recently prevailed at trial in a multi-million dollar dispute between two managing partners of a significant New York City law firm, obtained the dismissal of a $400 million class action against a New York City real estate firm, won an appeal in the New York State Court of Appeals on behalf of workers who cleaned up downtown Manhattan after 9-11, and won hundreds of millions of dollars on behalf of clients in antitrust price-fixing cases. During the credit crisis, Luke advised several investment banks regarding approximately $200 billion in troubled credit transactions.

Luke also is Co-Chair of the firm’s Art Litigation and Disputes Practice and has one of the most prominent and successful art litigation practices in the world. Among several other matters, he has recovered priceless works of art by Andy Warhol and Pablo Picasso; prosecuted and defended fraud, contract, negligence, and racketeering cases involving allegations of forgery and problematic provenance; located stolen artwork in foreign jurisdictions and countries; litigated disputes regarding art contracts and transactions, ownership of art, and transfers under the UCC; obtained insurance coverage for clients facing art-related lawsuits; advised catalogues raisonné about litigation risk management; handled numerous copyright and trademark matters for artists, companies, and foundations, including issues related to fair use, non-infringement, the Digital Millennium Copyright Act, and the Architectural Works Copyright Protection Act; and advised prominent individuals regarding repatriation issues.

Luke is sought after for his expertise and commentary. He has been profiled and interviewed extensively, including by Bloomberg, Gagosian Quarterly, and Lawdragon. He has been interviewed by Anderson Cooper on CBS’s 60 Minutes, CNBC’s show American Greed, and for various podcasts, movies, news articles, and publications. He recently co-founded an international arbitration court, called the Court of Arbitration for Art, that is dedicated to the resolution of art law disputes and was nominated for “Best Innovation” in the field of arbitration by the Global Arbitration Review. He has also given numerous lectures and presentations, including at the New York State Legislature, National Arts Club, Columbia Law School, New York University Law School, Sotheby’s Art Institute, the Gagosian Artists’ Archives & Estates Symposium, the New York City Bar Association’s Art Law Committee, and the International Arbitration Club of New York.

The Mediation and Arbitration of International Art Disputes