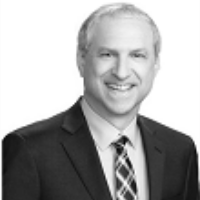 Mr Kutner joined the firm in 2015 and represents clients in a wide array of maritime, Jones Act, longshore and harbour workers’ compensation, and product liability cases at the administrative, trial and appellate levels nationwide. He has developed extensive expertise and experience in the trial of cases featuring complex scientific or medical issues. He has extensive experience as a trial attorney, in state and federal courts in Texas and Louisiana, having participated as lead trial counsel in numerous jury and bench trials. Mr Kutner is admitted to practise in all Texas courts and the US Court of Appeals for the Fifth Circuit. He has also been admitted to practise in the Eastern and Western Districts of Louisiana. He is licensed in both Texas and New York.

Mr Kutner earned his undergraduate degree from Brandeis University and his law degree from the University of Houston. He spent more than 20 years litigating in the areas of personal injury, product liability, workers’ compensation, medical malpractice, and oil and gas law. He has been litigating maritime lawsuits in state and federal courts for eight years.