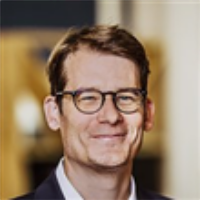 Marc Roberts has practised for several years as a lawyer specialising in regulatory and compliance matters, with a focus on public procurement in the team of Jan Bonhage. In this context he advised companies in the finance sector as well as in transport and infrastructure (including German toll collect scheme/PPP, EU subsidies for roads and infrastructure) and the energy sector (including conventional, nuclear, offshore, renewables, networks).

Marc studied in Greifswald (Dr iur) and Montreal. He was admitted to the German Bar in 2011 and worked at Hengeler Mueller between 2011 and 2017. In 2016, Marc was seconded to the New York law firm Cravath Swaine & Moore. Marc has started his position as General Counsel of Raisin GmbH in 2017 and is responsible for all legal matters in this Berlin-based financial technology company, but with a special focus on banking regulation and compliance.