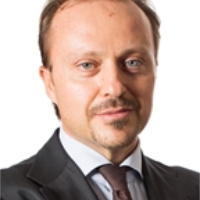 Marco D’Ostuni is a partner based in the Italian offices of Cleary Gottlieb. He focuses mainly on competition law and on regulation in the energy, telecommunications and media sectors. He has represented clients in some of the leading EU and Italian competition law cases, often in liberalised and heavily regulated sectors.

He is distinguished as a leading lawyer in Italy in competition and EU law by Chambers Europe, The Legal 500 EMEA and Who’s Who Legal; in technology, media and telecommunications by Chambers Europe and The Legal 500 EMEA; and in Who’s Who Legal: Data – Telecoms & Media. In 2018 and 2014, he was named Italian ‘Telecommunications Lawyer of the Year’ by online magazine LegalCommunity. He is a member of the Rome Bar and the New York Bar. He is widely published on antitrust matters and regularly lectures at numerous conferences and universities. He graduated with honours (University of Naples Law School, 1996), obtained two LLM degrees (College of Europe of Bruges, 1998, including Best Advocate General prize in the European Law Moot Court Competition; and Columbia University School of Law, 2000, Fulbright and Harlan Fiske Stone Scholar) and holds a PhD in competition law (University of Perugia, 2008).