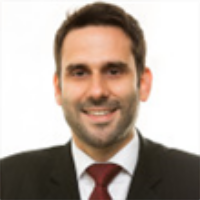 He specialised in competition law at the São Paulo Law School of Fundação Getúlio Vargas, Brazil in 2009.

He has an LLM degree in corporate and commercial law from the London School of Economics and Political Science, 2015.

He was a foreign associate at Bredin Prat, Brussels, in 2016.

He speaks English and Portuguese.