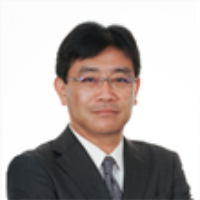 Masakazu Iwakura is a senior partner at TMI Associates. He is qualified to practice in Japan and the state of New York.

His areas of practice include mergers and acquisitions, tax, insurance, intellectual property and litigation. He handled, inter alia, JAPAN POST’s acquisition of Toll Holdings, Idemitsu Kosan’s acquisition of Showa Shell Sekiyu shares from Royal Dutch Shell, the integration of UFJ Bank Group and Mitsubishi Tokyo Financial Group (MUFG), the demutualisation and GPO of the Dai-ichi Mutual Life Insurance Company and the tax lawsuits including historical one where SCJ nullified NTA’s imposition of huge corporate tax on the Industrial Bank of Japan and one regarding the banking tax against the Tokyo and Osaka Metropolitan governments.

Mr Iwakura has lectured on corporate law, mergers and acquisitions law, intellectual property law and tax law at various law schools and universities for more than 25 years. He was a visiting professor of law at Harvard Law school in 2007 and 2013 and a lecturer at Kyoto University Law school from 2005 to 2007; furthermore, he has been professor of law at Hitotsubashi University, Graduate School of International Corporate Strategy since 2006.