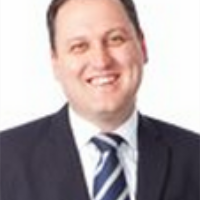 Matt Bradbury is a partner in McCullough Robertson’s projects group. He is an infrastructure, construction and engineering lawyer who has advised on civil, building, mechanical, resources and structural projects in each state and territorial jurisdiction of Australia and throughout South East Asia. Mr Bradbury advises on all aspects of construction, infrastructure and major engineering projects, where he works side by side with his clients and their external consultants to successfully deliver their projects. He advises clients on risk mitigation and administration of contracts so as to avoid disputes. He also currently acts on behalf of state and local governments, government-owned corporations, owners, contractors and consultants and advises a number of professional bodies and industry associations. He is currently advising a number of major contractors with respect to the various LNG projects that are being completed in Queensland, the Northern Territory and Western Australia. Mr Bradbury has practised in both Australia and the United Kingdom.