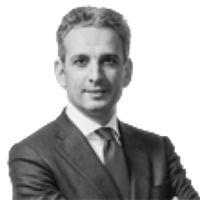 Matteo Beretta is a partner at Cleary Gottlieb Steen & Hamilton LLP, based in the Milan office. His practice primarily focuses on European law and antitrust law. He advises numerous major international companies with regard to merger control procedures, and cartels and abuse of dominance matters. He regularly lectures at numerous conferences on competition matters and has authored several articles in US and European legal journals.

Mr Beretta is distinguished as a leading competition and European law expert by Chambers Europe. He is also recommended for competition law by The Legal 500 EMEA and Who’s Who Legal. In 2013, he was named the ‘Best Italian Competition Law Lawyer of the Year’ by Italian legal magazine TopLegal.

He graduated from the University of Milan in 1991 and obtained an LLM degree from the Institut d’Études Européennes de l’Université Libre de Bruxelles in 1992, as well as an LLM from the New York University School of Law in 1999. He has been a member of the Bergamo Bar since 1995.