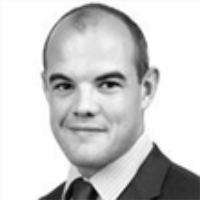 Matthew Buckle is a dispute resolution lawyer and solicitor advocate based in London, specialising in international commercial and investment arbitration. He is an experienced advocate having appeared before both ICC and LCIA Tribunals.

Matthew has a breadth of experience in cross-border disputes, particularly in the energy, mining, technology and telecommunications sectors. He advises in investment disputes arising under bilateral and multilateral treaties and commercial disputes arising among contractual counterparties, project stakeholders and joint venture shareholders. He has led teams in both pursuing and defending claims under the arbitration rules of the major arbitrational institutions including LCIA, ICC, DIAC, SCC and in ad hoc arbitrations under the UNCITRAL rules. He also has experience of and Higher Rights of Audience before the English Commercial Court in both standalone and ancilliary litigation, enforcement proceedings, challenge proceedings, winding-up petitions, interim and injunctive relief and proceedings for the compulsion of witness evidence and information on company assets.

He has led on settlement negotiations, mediations and other alternative dispute resolution processes and advises on settlement terms. He regularly advises colleagues on governing law, arbitration and jurisdiction clauses, and in relation to investment treaty considerations.

Selection of Arbitrators in Investment Arbitration