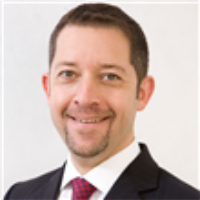 Mauro Berenholc has been a partner in the São Paulo office of Pinheiro Neto Advogados since 2000. He co-heads the firm’s international trade practice. He counsels and represents Brazilian and foreign companies, trade associations and governments, and his practice focuses on international trade, trade remedies disputes, tax and customs advice, and litigation before the superior administrative and judicial courts in Brazil.

Mauro features regularly in the international trade and tax rankings of the leading Bar publications, such as Chambers and Partners, Latin Lawyer, Who’s Who Legal, The Legal 500 – Latin America and Análise Advocacia. Mauro is also a frequent speaker at seminars and conferences in Brazil and abroad on international trade, customs and tax law matters.

Mauro received an LLB degree from the University of São Paulo (USP) Law School in 1989 and an LLM from the University of Kent, United Kingdom in 1994. Mauro was chairman of the international trade and customs law committee of the International Bar Association between 2012 and 2013 and is still active in IBA activities. He is also a former member of the board of the foreign trade and international relations committee of the Brazilian Bar Association, São Paulo Section (OAB/SP). Mauro is fluent in Portuguese, English and Spanish.