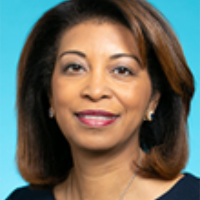 Recognized by Latinvex as one of top 100 lawyers whose practice focuses on Latin America, Ms. Hodgson is noted for her key role in successfully defending countries in investment arbitration, including Venezuela in several International Centre for Settlement of Investment Disputes (ICSID) arbitrations. She also represents the Republics of Panama, Peru, and Sierra Leone in ICSID and United Nations Commission on International Trade Law (UNCITRAL) matters.

Ms. Hodgson is an arbitrator of international trade and commercial disputes including those initiated under the American Arbitration Association’s International Centre for Dispute Resolution rules (ICDR), and Chapter 19 of the North American Free Trade Agreement (NAFTA).

Ms. Hodgson has been recognized in Who’s Who Legal Arbitration, including as a Thought Leader, in Legal 500 Latin America, and is ranked by Chambers in its Latin America, USA and Global publications. She has also been appointed to the International Chamber of Commerce Commission on Arbitration and ADR (and serves on its Task Force on Corruption in Arbitration), as well as the councils of the AAA, the ICC Institute of World Business Law and the American Society of International Law. She is a founding member of the Washington Women in International Arbitration. Ms. Hodgson is a native Spanish speaker.