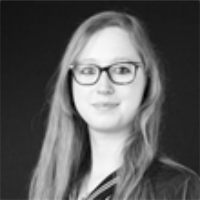 In July 2016, Merel van Dongen graduated from the law school of the Katholieke Universiteit Leuven in Belgium. During her studies, she specialised mainly in criminal law, international and European law, and international trade law.

She had the honour of representing her university in two international moot courts. The first was the Frits Kalshoven Competition in international humanitarian law in 2015, in which Merel and her team reached the finals. The second moot court was the ELSA Moot Court Competition (EMC²) on the Law of the World Trade Organization (WTO). Her team won the regional round in the Czech Republic and received the awards for the Best Respondent’s Written Submission and Best Overall Written Submissions. The team eventually reached the semi-finals of the final round in Geneva and was ranked fourth internationally.

office of the public prosecutor of Antwerp), Merel decided to start her professional life at the law firm Schuermans advocaten, where she has developed a special interest in insurance law. She is coached by Luc Schuermans, who has a profound expertise in the field from his academic career as an insurance law professor at the University of Antwerp and more than 50 years of experience as a lawyer.

Merel also pursues an academic career by publishing articles concerning insurance law. For example, she has studied the implementation of the Insurance Distribution Directive (IDD) into Belgian law, the implications of Article 25 of the IDD on product oversight and governance requirements, and the timely settlement of claims.