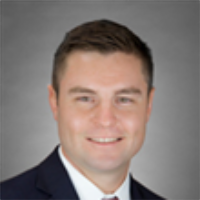 Michael Ruff is a litigator who focuses his practice in professional responsibility, with emphasis in the defense of accountants and lawyers against civil liability. Mr. Ruff also practices in the area of commercial litigation, including contract actions, business torts, and securities disputes.

Mr. Ruff joined Hinshaw & Culbertson LLP as an associate in October 2014. Previously, he was a law clerk with the firm since May 2012.

During law school, Mr. Ruff was also a 7-11 licensed law clerk at the Cook County State's Attorney's Office and served as a judicial assistant to Mr. Justice Bernard Eder in the Commercial Courts of the Royal Courts of Justice in London, England. Mr. Ruff competed as a member of the DePaul University College of Law Moot Court Society’s appellate team and was a member of the Dean's List.

Prior to his legal career, Mr. Ruff worked as an auditor for an international derivatives marketplace — CME Group Inc. He is a Registered Certified Public Accountant in the state of Illinois.