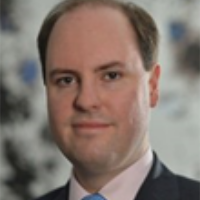 Michael-James Clifton LLB (EU), LLM (Adv) is a barrister in England & Wales, and Ireland, and Chef de Cabinet in the Chambers of Judge Bernd Hammermann, EFTA Court. Called to the Bar of England and Wales in 2009, he was an associate at VVGB Advocaten in Brussels, and subsequently stagiaire to Advocate General Eleanor Sharpston, Court of Justice of the European Union. He has worked at the EFTA Court as a Legal Secretary (référendaire) since 2012, and from 2016 as Chef de Cabinet, to the then President of the Court, Professor Carl Baudenbacher. In 2019, he was admitted to the degree of barrister-at-law, and called to the Bar of Ireland.

Since 2013, Michael-James has been co-chair of the litigation and lobbying module on the executive master of European and international business law programme, University of St Gallen HSG.

Michael-James has been invited to speak at numerous universities, think tanks, other academic institutions, and international courts across Europe. He has also spoken at the UK Cabinet Office’s ‘Constitution School’ and to parliamentary groups in both the House of Commons and the House of Lords.

Michael-James’ focus is on EEA and EU competition and procedural law, the EEA Agreement, the role of the EFTA Court, the impact of Brexit, and the future of European integration.