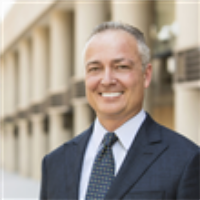 Michael Nolan is a partner in the Washington, DC office of Milbank, Tweed, Hadley & McCloy LLP. He has served as counsel or arbitrator in cases under AAA, ICC, ICSID, HKIAC, SIAC, UNCITRAL and other rules. Michael represents companies and states in court proceedings involving sovereign immunity, act of state, and recognition and enforcement of foreign judicial and non-judicial awards. He is consistently recognized as a leading international practitioner by Chambers USA, Euromoney and Super Lawyers. He writes frequently on transnational disputes and co-edited a collection of determinations in political risk insurance disputes (Oxford University Press). Michael is an adjunct professor of law at Georgetown University and general counsel of the Intellectual Property Owners Association. He is a member of the board of directors and international advisory committee of the American Arbitration Association, the Users Council of the Singapore International Arbitration Centre and the ICSID panel of arbitrators; and a fellow of the Chartered Institute of Arbitrators.