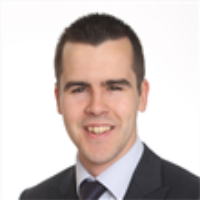 Michael Ritter is a senior associate within the HFW shipping and transport team. He advises predominantly on issues arising from marine casualties, including collisions, fires, groundings and wreck removals, covering, among others, issues of limitation of liability, jurisdiction and underlying liabilities both in tort and any underlying contracts of carriage. He is adept at dealing with practical, legal and compliance issues arising in casualty response scenarios, both those above and maritime piracy and onshore kidnap events. In particular, he has advised on issues relating to the payment and reimbursement of ransoms, the impact of the Terrorism Act 2000 and the risks faced by companies operating in difficult environments. This has included assisting owners in a significant number of Somali and Nigerian cases, most recently in December 2018, March 2019 and April 2019, both during the period of the hijack and following the crew’s release in attending the port of refuge to debrief the crew and collect evidence as well as in handling the subsequent commercial litigation.