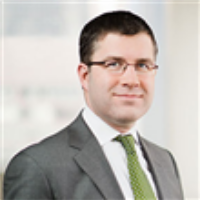 Michael Schaper, a litigation partner in the New York office of Debevoise & Plimpton, focuses primarily on antitrust litigation, merger review and other antitrust counselling, as well as other types of complex civil and intellectual property litigation.

Mr Schaper is a member of the Antitrust Section of the American Bar Association and the Association of the Bar of the City of New York. Mr Schaper also serves on the Board of Directors of Volunteer Lawyers for the Arts.

US Merger Control in the Media Sector