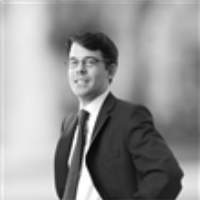 Dual-qualified in New York and England, Michiel Visser regularly represents sovereign wealth funds, private equity funds and corporations in an array of transactions, including mergers and acquisitions, joint ventures and other corporate matters.

Michiel Visser leads the corporate and M&A team in Qatar, which was described by The Legal 500 as ‘undoubtedly a first-tier practice’. Active in the region since 2009, Michiel has represented some of the leading state-owned and private sector companies in the Middle East on a range of M&A and corporate finance transactions. He recently led the team on the US$5.3 billion Barwa/Qatari Diar asset sale transaction, which was recognised as ‘Domestic M&A Deal of the Year’ at the 2014 IFLR Middle East Awards. Chambers has praised him as ‘an excellent lawyer on M&A transactions’.