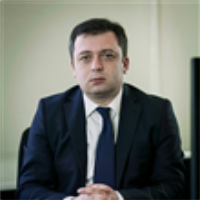 Mikheil Gogeshvili is a partner of MKD Law, which specializes in complex mergers / acquisitions, transport and infrastructure projects.

Among his recent legal services are: Advising an American investor in negotiations with a joint venture in the Georgian hydropower sector; As well as providing legal advice to the China Industrial and Commercial Bank on financing a large thermal power plant in Gardabani; Consulting for a five-star hotel brand in negotiating a management agreement with local hotel owners; Consulting Gebrüder Weiss on transport and logistics issues; Consulting Microsoft on various aspects and practices of Georgian law.

Mikheil Gogeshvili holds a law degree from Tbilisi State University. He also holds a Master of Laws in Contract and Commercial Law from the University of Helsinki and a Diploma in Corporate Law from the Washington School of Law.

In addition to his native Georgian language, he is fluent in English and Russian.