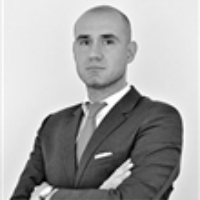 Mr. Bertrand-Galindo is a partner at Bertrand-Galindo BarruetoBarroilhet&Cía. in Santiago, Chile, and he is the head of the firm`s Dispute Resolution and Sustainability and Communities departments.

Milenko Bertrand-Galindo advises in his areas of expertise local and foreign clients, including states, international organizations, professional associations, and private companies from various sectors of the economy including mining, energy, and others. He was part of Chile’s Legal Team before The Hague International Court of Justice in the Maritime Dispute Case with Bolivia; and he is currently a member of the Interamerican Judicial Committee of the Organization of American States. He has been legal advisor of the Presidency, the Ministry of Foreign Affairs, and the Ministry of Justice in Chile.

Mr. Bertrand-Galindo is a professor of Conflicts of Law at Pontificia Universidad Católica de Chile. He has also lectured at the Diplomatic Academy of Chile, the Judicial Academy of Chile, Universidad Adolfo Ibañez, and has been a visiting researcher at Harvard Law School. He has made publications and participated in several local and international lectures and seminars concerning his practice areas. He is a member of the Chilean Society of Public International Law, and the Chilean Society of Private International Law.