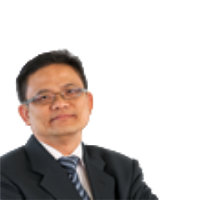 Mulyana is a partner at Mochtar Karuwin Komar, Jakarta, Indonesia, and joined the firm in 1995. He advises on various legal issues, including tax disputes, corporate matters, anti-corruption, administrative and constitutional law issues, air law, international law, arbitration and dispute resolutions. In cooperation with tax advisers from tax consulting firms, he has handled and represented companies in tax disputes at the level of the Supreme Court on various cases since 2002. He has also advised clients on tax disputes at the levels of the Director General of Tax, the Director General of Customs and Excise, and the Tax Court. He obtained his law degree at the Faculty of Law, Parahyangan Catholic University, in Bandung, Indonesia (1987), and an LLM at Columbia Law School in New York City (1994). He has also taught courses on international business transactions, air law and international law at the Faculty of Law, Tarumanagara University in Jakarta for several years.