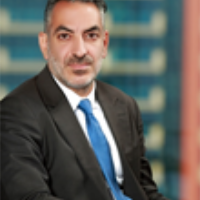 Nassif represents a wide range of businesses, including financial institutions and leading multinational companies in the leisure and hospitality, energy, transport and defence logistics sectors.

Nassif has appeared as party counsel in over 35 international arbitration proceedings administered under a wide range of rules, including the AAA, DIAC, DIFC-LCIA, ICC, LCIA and UNCITRAL. He has been appointed as sole arbitrator or chairman of the tribunal in a number of DIAC and DIFC-LCIA proceedings.

The Legal 500 ranked Nassif amongst eight leading individuals for dispute resolution in the United Arab Emirates and reported that he is ‘detail-oriented and extremely proactive’.

Nassif was listed amongst Asian-MENA Counsel’s External Counsel of the Year 2013 for the United Arab Emirates as voted by the in-house community, where in-house counsel is reported to have said ‘[Nassif] is the best arbitration lawyer’.

Nassif is a Canadian national. He is fluent in English and French, and is Arabic speaking.