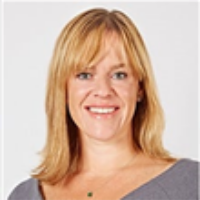 Natasha Luther-Jones is co-global chair of the energy and natural resources sector at DLA Piper. She has a strong focus on renewable energy and advises a varied client base including developers, EPC & O&M contractors, solar and wind manufacturers, equity investors, purchasers, sellers and off-takers in respect of development, construction and operational renewable energy projects.

Natasha has been instrumental in developing DLA Piper’s leading practice advising on corporate end-user power purchase agreements (PPAs). She has been involved in numerous corporate end user PPAs, including with high-profile companies in the consumer, telecoms, banking, retail, IT and industrial sectors.

She is listed in The Lawyers’ Hot 100 2017 for Energy and in the Women’s Power List 2017. She is listed as one of the 100 most influential lawyers in the global wind energy industry, in ‘The Legal Power List 2018’ published by the intelligence service A Word About Wind. The independent legal sector rankings from Legal 500 2019, 2018, 2017 and 2016 quote her as ‘a go-to name in the renewable energy space’, ‘fantastic’, ‘forward-thinking’ and a ‘no-nonsense deal maker’. She is also ranked as a ‘leading individual’ in the following Legal 500 categories – London: power (including electricity and renewables) and Yorkshire and the Humber: energy.