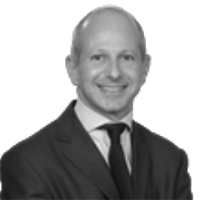 Nicholas Levy’s practice focuses on EU and UK antitrust law. He has extensive experience in notifying mergers and joint ventures under the EU Merger Regulation, coordinating the notification of international transactions, and advising on all aspects of antitrust law, including anti-cartel enforcement, collaborative arrangements, vertical agreements and unilateral conduct.

Mr Levy has written and spoken widely on a broad array of European competition law issues, and has authored a two-volume treatise entitled European Merger Control Law: A Guide to the Merger Regulation, published by LexisNexis. Mr Levy joined Cleary Gottlieb in 1990 and became a partner in 1999. He is a graduate of Oxford University and the City University of London.