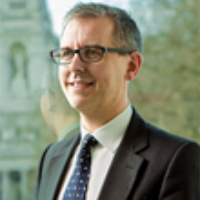 Nick is one of the leading lawyers for liability and conduct claims against professionals and is particularly well known for his work on complex and high value claims.

Nick Bird retains a strong professional negligence practice, receiving particular praise for his work for defendant solicitors. He is "thorough and detailed," and provides "good client service to ensure their needs are met." - Chambers UK 2019

Nick Bird is praised for his work on complex financial cases. He is respected by market commentators for his "diligence, persuasive advocacy and excellent understanding of the issues and approach." - Chambers UK 2018

Nick Bird has a highly regarded professional negligence practice, concentrating on claims related to lawyers and accountants. Sources say: "He will think deeply about a case, both forensically and strategically. And he clearly has the respect of the insurance market." - Chambers UK 2017

"Nick Bird maintains his healthy reputation in the professional negligence field and is highlighted by sources as "outstanding." He is routinely sought after for complex negligence claims involving barristers and solicitors" - Chambers UK 2016

"The "excellent" Nick Bird, described as "astute and pragmatic," is highly reputed for his experience and expertise in handling claims relating to legal professionals" - Chambers UK 2014

Haugesund Kommune and another v Depfa ACS Bank and another - acting for professional advisers in relation to zero coupon swap transactions in ISDA form where the proceeds were lost in investments in CLNs and CDOs. Determining whether Kommune had capacity to enter into the swaps and whether the bank was entitled to restitution